Share your stories about sailing on the Hudson and boat restoration by contacting us at info@hudsonriverhistoricboat.org and mark them for The B/log.    We also welcome comments and questions. 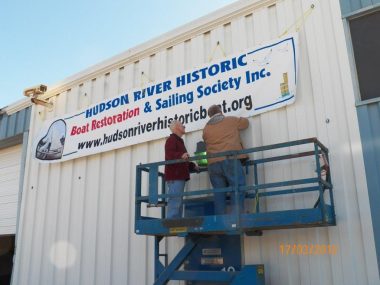 A surprise email in our inbox on December 22 informed us that we have to vacate our work site by the first of the New Year. We’re moving. Not far, but it’s enough to make us change course for about a month. Four nights worth of valuable Thursday volunteer hours will now be diverted to shoring up and moving the Eleanor who, with her stripped down hull and without a deck, is not in any condition to travel, even at a crawl, into the bay south of us at our restoration site. We’ve got a plan, and hopefully we will be able to use the new, improved crib on wheels to help us move Eleanor to the Hudson River when she is ready.

We look forward to having a beer with our new neighbors, The Hudson Brewing Company. The once empty, now buzzing building, formerly the LB Furniture Building, later the Riverfront Industrial Park, and now The Warehouse at 99 South Third Street, has been our home since 2013.

Once we are settled in our new site, we will embark on yet another phase of her restoration: designing, building and installing the garboard strakes — two long planks on either side of the keel that run from bow to stern.  We look forward to getting back to our mission, getting Eleanor into the water once again.

Thank you for hanging in there.  We continue to appreciate everyone’s support and interest in this long and carefully thought-out restoration project. If you jumped ship while the going was slow, we’d like to welcome you back on board. It’s a New Year and it will be an exciting one for the Hudson River Historic Boat Restoration & Sailing Society!

POSTSCRIPT:  On Febrary 2, 2017 Joe Kenneally officially hung our memorial flag in our new location. This marked the end of the move and the beginning of back to work on Eleanor. 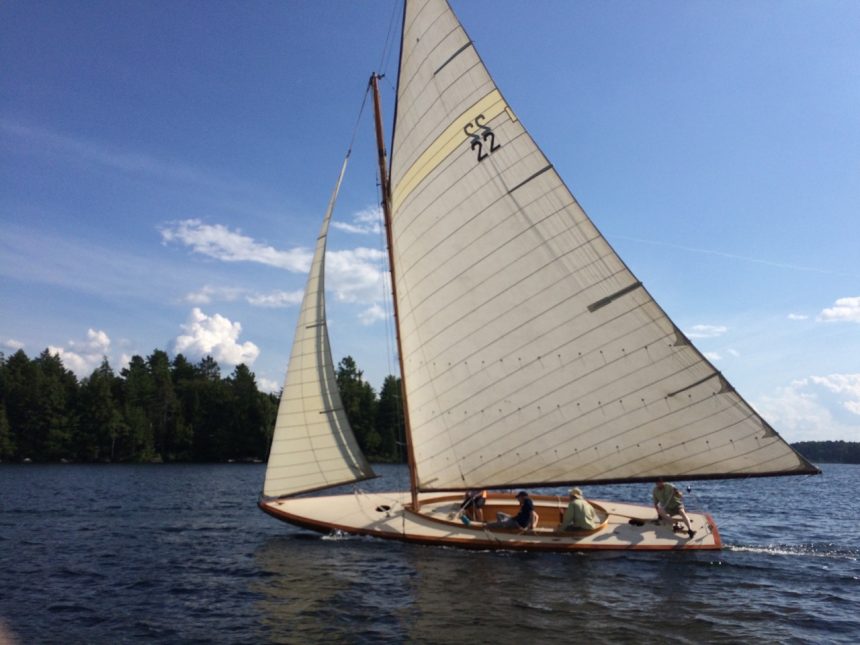 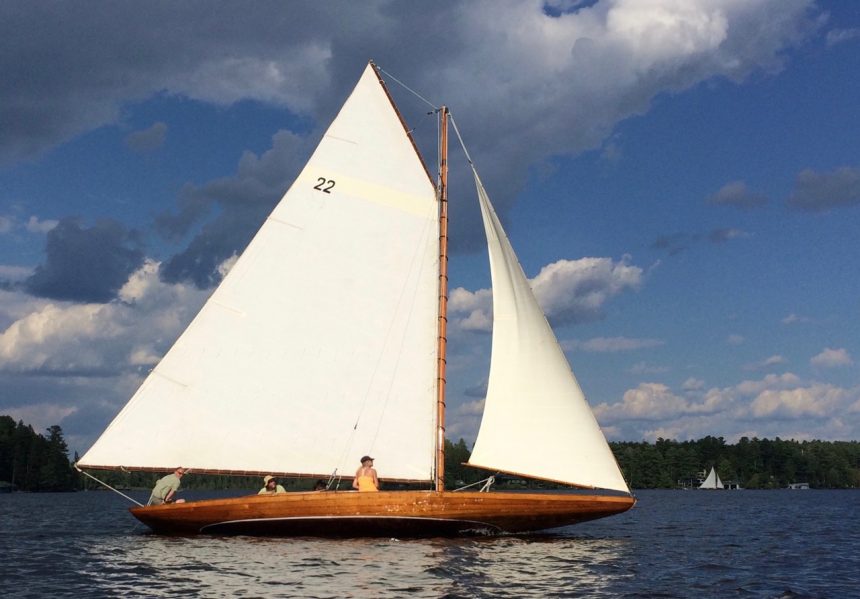 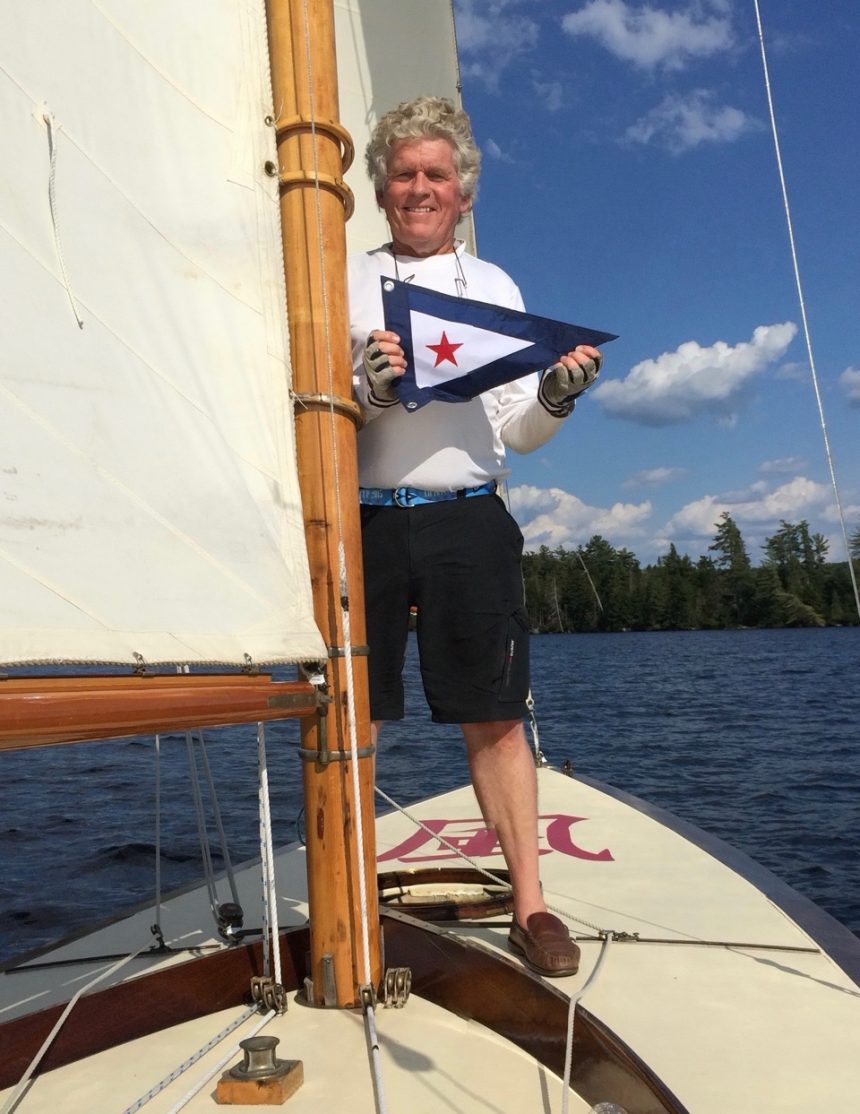 Nat is a Master sailmaker, rigger and sail designer based in East Boothbay, Maine. He is most well known for building sails for large traditional sailing vessels in the United States and abroad. Nat is very excited about designing and building sails for Eleanor as sailboat Eleanor is being restored rather than being replicated. To build the sails for Eleanor, a historical vessel on the New York State and National Registers, is an honor and a privilege. We are pleased to have Nat Wilson and Suzanne Leahy, our spar builder, join in the restoration of Eleanor.

Bliss has been working with Wilson since 2014 on the sail rig which includes, sails, spars, and rigging. Much research was completed by Leahy, Wilson, and Bliss which has been very challenging as there are no plans in existence about the sail rig of Eleanor. Final details and planning are still to be completed and we must raise the funds to Raise the Sails.

Ships that have sails and/or rigging built by Wilson include the U.S.S. Constitution, USC Eagle, Spirit of Massachusetts, American Eagle, and Mayflower 11. 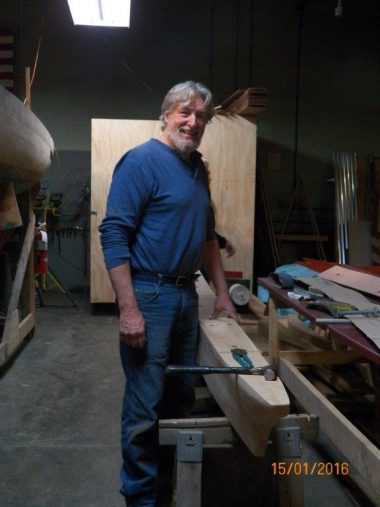 William Burrows, four year member and volunteer, stands beside the new deadwood for Eleanor.  The construction of the deadwood, designed after the 1903 deadwood, was engineered by Burrows and took several months to make.  The new deadwood is constructed of four slabs of White Oak.  The original cuts were done with a chain saw, roughly shaped, laminated together and then carefully cut and finally shaped by sanding to have the same lines as the original.  Deadwood is the part of the boat that fits between the original 2000 lb. lead keel and the new keelson which was also engineered and made by volunteers with Burrows being the lead volunteer.  In 2015 the volunteers at the side dedicated 514 and one-half hours to the project.

January 2016 celebrates the fifth year since the Hudson River Historic Boat Restoration & Sailing Society Inc. was organized on January 6th, 2011 by people in Columbia and Greene Counties who wanted to save Eleanor, the last remaining gaff rigged sailboat of her design to sail without a motor in the waters off of Catskill, Hudson, Athens and the Hudson River between Albany and New York.

When she sets sail again, she will be powered by the wind and an electric motor keeping her the environmental vessel she has always been. Because of Eleanor’s low freeboard, ability to come about in her own length and sail against the tides and light and variable winds characteristic of the Hudson River, she has spent her entire sailing life only on that river.

The saving of Eleanor is being done by patient and skilled volunteers at the restoration site at 99 South Front Street, Hudson. The Hudson Riverfront Industrial Park building, inside door 19 is where the real Eleanor, not a replica is being repaired. To the casual visitor it may not appear that progress is being made, but to the members volunteers who gather on Thursday nights to share camaraderie, skills, thoughts and experience, a great deal of work has been accomplished. The Eleanor project is the only project of this nature to take place anywhere along the Hudson River (Clearwater and Woodie Guthrie are replicas) It is only happening in the City of Hudson. While work is going on at the site, there is another group of volunteers who are working to raise money, hold events and man education tents to inform residents and visitors about her one-hundred and thirteen year history and the restoration progress.

Aside from Eleanor’s pedigree and history, the original members of the board decided that the restored Eleanor would be for the public’s enjoyment and education. They believed that sailing on Eleanor would bring a new interest in the history of the Hudson River as experienced from the river in an intimate classroom; Eleanor’s cockpit where everyone on board can participate and develop a keen awareness of nature’s unstoppable forces and the river’s environment. And, of course a love for sailing.

To meet the volunteers and to celebrate the onset of the sixth year of this remarkable restoration project please join others on January 28 at 6 p.m. for an evening of pleasure and business at the Hudson Power Boat Club, at the north end of the Hudson Riverfront Park, Hudson. Bring a covered dish with your favorite entrée, dessert, or pre-dinner treat prepared or purchased. If you would like to receive more information, please email eleanorrestorationproject@gmail.com or call 828 7884 for more information. Volunteers are always welcome on Thursday nights or to help plan events, educate, build membership, or record progress with photography, writing or videos.

End of Another Year

It is a thrilling to watch as the Hudson River Historic Boat Restoration and Sailing Society community volunteers steadily restore Eleanor to her former self. When she sails again on the Hudson River she will be there for the general public’s enjoyment and education: an intimate class room on the water where people will learn to sail, communicate and work together as a team, and gain both an appreciation of the River’s history and environment and a keen awareness of nature’s unstoppable forces.

This year, as illustrated by the contributions and grants received both locally and on a state level, HRHB can proudly declare that we are recognized and trusted to be an organization managed with integrity.

After much research and evaluation beginning in the summer of 2014, we placed the money received by grants and contributions for the building of our mast, boom and gaff into the capable hands of the Beetle Boat Shop in Wareham, Massachusetts. Our spars look great. 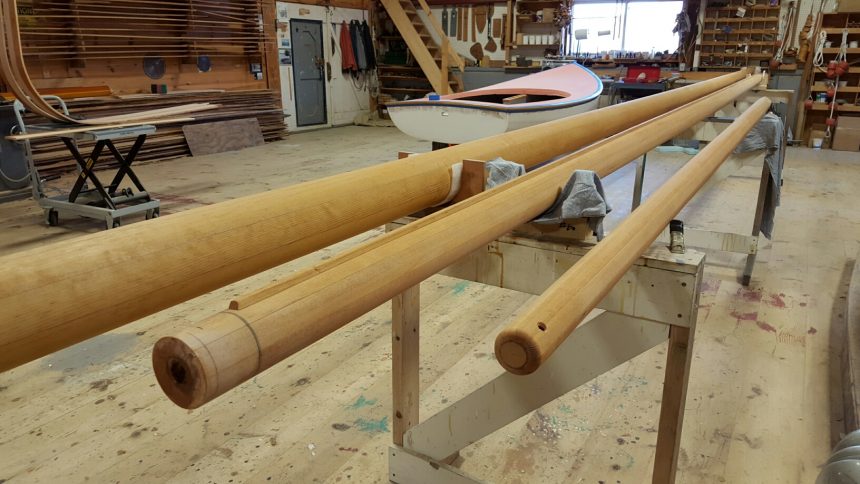 Progress during 2015 was impressive.  Our volunteers installed the new keelson, scarffing the bow and stern sections together. They cut, steamed and shaped elm for mast hoops. 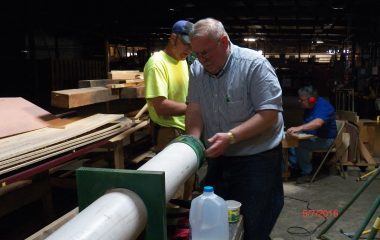 At the last Thursday restoration session only four of the 40 floors which are shaped out of White Oak still remained to be fitted and installed.  We still have a chance!

Our goals for 2016 include completing projects begun this year:  finalizing the design of and building the new deadwood, completing the transom rebuild, beginning the deck repair and installing new ribs made of White Oak purchased from Newport Nautical Timbers in Rhode Island.  This last job is a difficult project requiring steaming and bending wood, and it requires a great deal of our volunteers’ time. 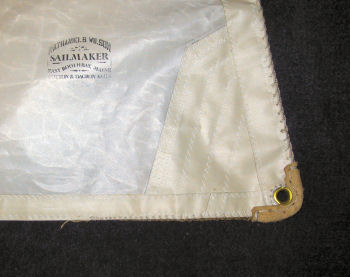 We worked with Nat Wilson, Master sailmaker from East Boothbay Harbor, Maine on the design of the sails. Eleanor will join a long list of boats and ships that have Wilson sails and rigging, including the U.S.S. Constitution, Clearwater, and Mayflower II. We had no drawings and Nat worked closely with our members who had sailed Eleanor and were familiar with her sails and how she maneuvered, and with Beetle Boat, so that the sails and the spars will work together and will perform as in the past. We anticipate that this next major expense will be about $6000, and 2016 fundraising will be to “Raise the Sails!”

While she is being restored, community volunteers learn, hands-on or through discussion, how boats like Eleanor were built back in 1903, using the materials and craftsmanship of boatbuilders at the turn of the century.

We encourage organizations and classrooms to schedule visits to our restoration site to see what we are all about.  To schedule a visit or inquire about volunteering as a woodworker or a crewmember on our unofficial committees write to us at elearnorrestorationproject@gmail.com

Currently we are in the midst of our end of year membership and fund drive.
We hope you will consider a gift to HRHBR&SS on behalf of Eleanor.

See you down by the riverside — with your deck shoes on!