This is the third of the memories about sailing on the Eleanor from R.S.B. of Rutland, Vermont. 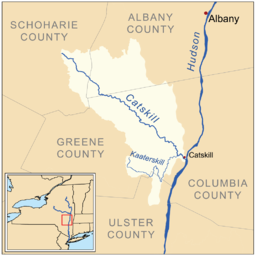 I was crew for the Eleanor on an overnight sail from Catskill to Kingston, NY in the summer of one of my college years. As we loaded the boat Pop fell on the gangplank to the dock that floated in Catskill Creek. He must have been in his 80’s by that time. I went to his side and helped him up. Some of the crew asked if we should abort the sail. Pop insisted that we carry on, not wanting to insult the Eleanor’s dignity. It was an awful sail! There was no wind and the temperature hovered above 95 degrees. We drifted south on the tide of the Hudson for a day. Then, we drifted north on the tide for a day back to Catskill Creek. As we drifted Pop kept us busy constantly changing the sails in an attempt to find any wind. Up with the drifter reacher! Strike that and put up the spinnaker! Again and again we adjusted the sails and rigging. We spent hours paddling in hopes of beating the change in the tide. We found out later that Pop had broken his ribs when he fell. Never give up on a sail! Never let the Eleanor down.

I learned to love the Eleanor.